Skyharbor: Out of Time from India featuring with Towering vocals of Eric Emery 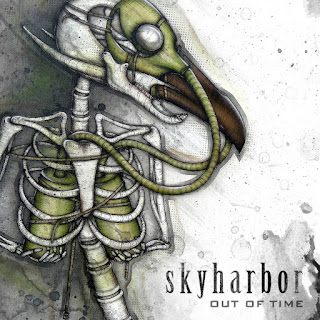 Out of Time' marks the start of a very exciting and challenging phase for us as a band. As we have done from the beginning, with each release we love to explore a different facet of our music, and add that to the core musical values that define us - emotion, intensity and groove. Aditya and Eric have brought a whole new perspective to our songwriting, and we're so excited to move into the future and create something special with this next album. We are exploring some unfamiliar yet exciting sounds, but staying 100% true to what makes Skyharbor what it is.
lyrics
Lyrics:

All out of time, but we wont be left behind
Run and hide again
Tear it down instead
Till theres nothing left inside