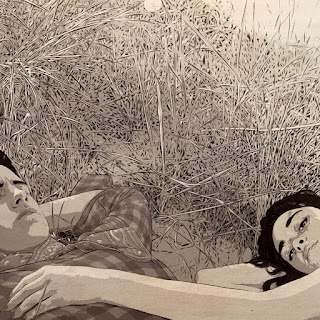 about
The latest album from Helios, Yume takes its title from the Japanese word for “dream” and delivers an otherworldly ambient/electronic hybrid that’s cinematic in scope yet intimate in emotion. In making the album, composer/multi-instrumentalist Keith Kenniff (the sole artist behind Helios) has created a warm sonic tapestry from luminous guitar lines, elegant piano work, ingeniously crafted rhythms, and lo-fi electronic elements.

Though Kenniff’s graceful maneuvering of mood and tone lends Yume a journey-like quality, the album offers pieces as captivatingly disparate as “Pearls” (which blends heavy beats and lilting piano melodies, cascading guitar riffs and airy atmospherics) and “Embrace” (which closes out the album with a glimmering expanse of sound). Built from both electronic experimentation and live instrumentation, Yume also constructs its richly detailed textures by drawing from a repertoire of sound that ranges from toy tambourines to serendipitously recorded environmental noises.

Raised in rural Pennsylvania, Kenniff put out Helios’s 2004 debut album Unomia while studying percussion at Boston’s Berklee College of Music. Over the past decade, he’s released five more albums as Helios, along with collaborating with his wife Hollie in the shoegaze-inspired pop duo Mint Julep and composing music for such clients as Paramount Pictures, Apple, Facebook, and Google.
credits
released 11 September 2015