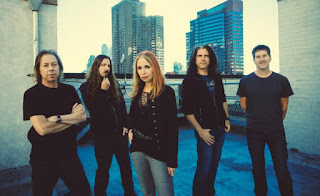 Progressive supergroup, Jane Getter Premonition, has teamed up with PopMatters.com to launch a new track, “Surprised,” taken from the band’s Madfish debut, On, out October 2. Stream album
opener, “Surprised,” online at:

“‘Surprised’ is based on the opening picking riff,” Getter told PopMatters. “I came up with it one day when I was practicing and the song took off from there. Being a long-time fan of Living Colour, it was a real treat to have Corey Glover sing on this song (and the album!). His voice is the perfect combination of rock, R&B and gospel, and he brings the intensity and soulfulness to the song that I was hoping for.

“The lyrics came from my frustration and astonishment at how toxic the political arena is right now. I continue to be ‘surprised’ and amazed at how hypocritical and self-serving some politicians are.”

ON is the Jane Getter Premonition's debut for the Madfish label.

'The fieriest fret boarding female ever to strap on a Stratocaster.' - Guitar Player

Pre-order for 2nd October release via the Madfish web-store on CD and LP at:
https://www.burningshed.com/store/madfish/ and on iTunes at:


Jane Getter Premonition - On (album teaser) from Madfish on Vimeo. 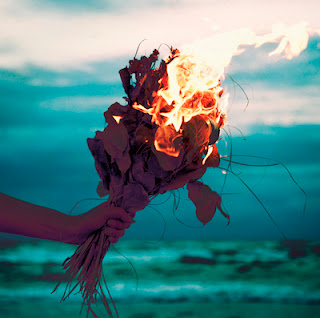 Guitarist and composer Jane Getter has played with many jazz and rock greats while garnering increasing recognition as a bandleader, gifted writer and instrumentalist. Early in her career she toured with legendary jazz/blues organist Brother Jack McDuff. Her composing talents received attention when she won the ASCAP Gershwin Award for Music for Dance or Theatre in the mid 90’s. Her debut CD, Jane, in 1998 received worldwide critical acclaim and the 2006 follow up, See Jane Run, was released on  Alternity Records (home of Allan Holdsworth). In 2012 she released the progressive  jazz/rock album, Three. Getter also received widespread exposure playing in the Saturday Night Live Band. Her band has played and toured internationally and live dates for fall 2015 will be

Stay tuned for more information on Jane Getter Premonition and On, out this