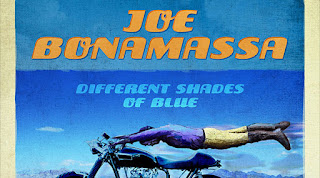 Legendary blues guitarist Joe Bonamassa is proud to announce that he has been nominated for “Album Of The Year” for “Different Shades Of Blue” and “Film Of The Year” for “Muddy Wolf at Red Rocks” at the Classic Rock Roll Of Honour Awards 2015. The awards ceremony takes place on November 11th at London’s prestigious Roundhouse venue.

Cast your vote for Different Shade Of Blue as “Album Of The Year” via the following link: http://bit.ly/1nRM1oo

Cast Your Vote for Muddy Wolf At Red Rocks as “Film Of The Year” via the following link: http://bit.ly/1KcXQk9

Don’t miss Joe Bonamassa on tour in the UK this October. Tickets are on sale from the following venues or can be booked online from www.jbonamassa.com, www.eventim.co.uk, www.ticketmaster.co.uk andwww.seetickets.com.