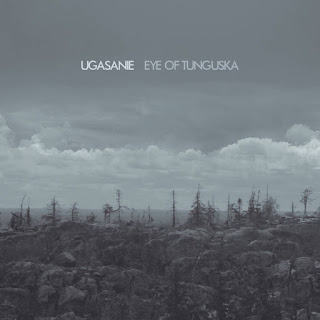 John Cratchley Conspiracy theory is as good an inspiration as any other source, I guess...theories abound about Tunguska (as does fiction) and the prevailing mood of unsolved mystery pervades these two preview pieces...that's fine: it is 'dark' ambient after all...but it's a bit too 'X Files' for me and the story may be inadvertently too robust for the music to compete with. These are trifling caveats,however, and the sounds are well up to the usual Cryo Chamber standard...perhaps Roswell will inspire the next release?

about
A strange incident took place in the 1990s in late autumn in the taiga. Not far from the epicenter of the Tunguska meteorite impact site. A group of students went hiking to to see this legendary site. They lost their way after they decided to spend the night in one of the winter huts built by hunters of the land. Their mutilated bodies were later found near an old abandoned geological base with radiation burns. Ugasanie explores this incident together with photographer Alexsandr Yakushev in this eerily cold and unforgiving dark ambient release.