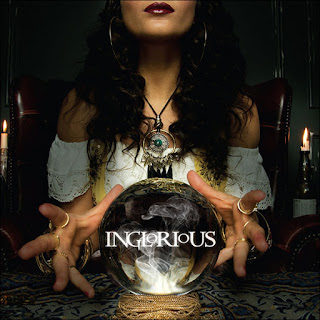 Pre-orders for INGLORIOUS' self-titled debut album can be placed on both Amazon: http://radi.al/IngloriousAmazon and iTunes:http://radi.al/IngloriousiTunes. All digital pre-orders include an instant download of "Breakaway", with more tracks being made available for download with pre-orders in the coming weeks and months leading up to release. The song is currently A-listed on the UK’s leading classic rock radio station, Planet Rock.

INGLORIOUS are five young men with a mutual love and respect of the classics of Hard Rock music, big guitar riffs, and soulful vocals. Their influences stem from iconic rock and roll shrine of Rock albums from the 1970s – many years before the band members were born. The same albums that have inspired generations of musicians and performers are noticeably evident when you listen to the Inglorious debut album. This is the music they were born to play together - inspired by bands in the classic rock genre as diverse as Deep Purple, Led Zeppelin, Whitesnake, Bad Company, and Aerosmith.

INGLORIOUS will perform a special showcase gig at London’s Gibson Showroom on Thursday November 19th. RSVP to the showcase by clicking HERE