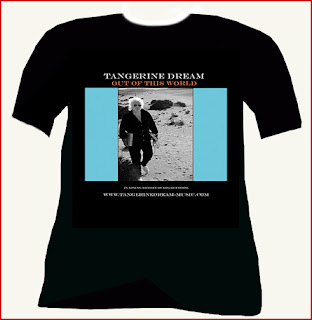 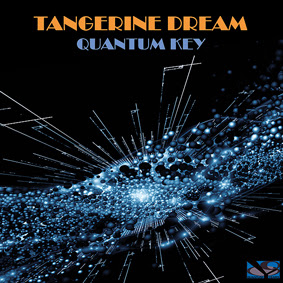 As the "QUANTUM GATE" album will still take a bit time until it's finished we thought to soothe you the wait and decided to release a new cupdisc (EP) before.

Here it is - the new "QUANTUM KEY" EP. It will clearly give you an idea of Edgar's last vision concerning The Quantum Years era. Of course Edgar is involved in three tracks, music he still prepared for this new phase. While listening you will note that Thorsten and Ulrich used their great musical talent not only for morphing individual compositional parts into a great flow.

You can PRE-ORDER the EP now in our EASTGATE SHOP: 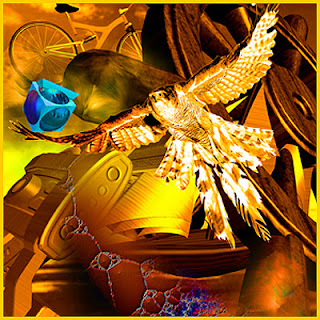 On Saturday, 30 January 2016 Bianca (Edgar's wife) likes to invite you to a VERNISSAGE on the occasion of the first Anniversary of Edgar's death.

This event will take place in BERLIN and includes a SPECIAL CONCERT with THORSTEN QUAESCHNING (as Picture Palace Music), ULRICH SCHNAUSS AND HOSHIKO YAMANE and their SOLO PROJECTS.

Bianca will present many of Edgar's so-called ZOOM-O-GRAPHICS (photo collages), partly in big formats as well as her DANTE series she painted for TD's scoring of the Dante Trilogy (INFERNO - PURGATORIO - PARADISO).

The whole event shall benefit Bianca's idea of establishing a modern and interactive TANGERINE DREAM SOUND MUSEUM in the near future (location: Berlin).

More details about this wonderful and meaningful project will follow closer to the event.

Good and bad news: Bianca - who is in charge of finishing and releasing Edgar's autobiography - coincidentally found much more chapters of Edgar's book on a so far unknown hard drive some days ago, which she thought is a real blessing! Those chapters adda rewarding complexity of TD's history to the book, a precious treasure.

At the same time it appears unrealistic that she and her little team around her will succeed in releasing the book until Christmas. Now translations are behind and some more rights have to be cleared. We deeply apologize that the book won't be a Christmas gift this year, but we will try and give you a halfway realistic release date around that time. Thanks for your immense patience so far due to unpredictable circumstances.

Of course - everybody who doesn't like to wait any longer for Edgar's autobiography - will immediately receive a refund for the book. Just send an email to eastgate-book@gmx.com

At the same time we like to thank all those fans very much who understand our situation and who continue to support our work unlimitedly.