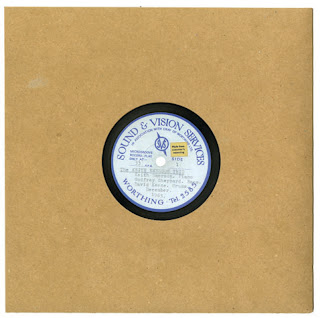 London, UK - Due for release on the 6th November 2015 is the CD and download editions of long lost THE KEITH EMERSON TRIO recordings made in Keith's parents' living room when he was a teenager. These recordings come from one of only four acetates ever made!

These 7 tracks were previously been made available by Record Collection (in early 2015) as a limited edition vinyl release. This is the first time these recordings have been released on CD and download.

Of the CD and download editions, Keith Emerson said: “Well, we all have to start somewhere! I'm happy that Cherry Red is releasing my very earliest beginnings and I hope it will inspire future generations of musicians.”

Keith Emerson first found success with The Nice in the late 1960's before going on to become a founding member of Emerson, Lake & Palmer in 1970. ELP were critically and commercially successful through much of the 1970's, becoming one of the best-known progressive rock groups of the era. Emerson is widely regarded as one of the top keyboard players of the progressive rock era.