Palladium: To Bring Down The Sun - Beyond The Red Curtain - progressive rock from Newcastle Upon Tyne, UK 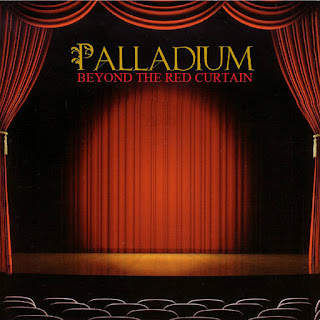 Our new song: To Bring Down The Sun, a proper mix will be available to buy soon but if you want to keep updated our Band Camp and Facebook links are below:

Palladium started out as a college band which was very educational, but after doing a performance in the criteria at the college music venue, we decided to take it on to be a long term band. We all work very well together musically and socially, we're all good friends and we write good music which we want to push further and further. Our album "Beyond The Red Curtain", which was released back in June, was written and recorded in the space of only a few weeks. We worked very hard to produce the music, and to make it as professional as we possibly could.

We decided to be a Progressive Rock band because we think it's such a fun genre to have a band in. There is so much you can do with it, sections, odd time signatures, and obscure rhythms. We are happy to play the way we do.

In the days as a starting band, way before the album was even recorded, we went through various names for the band, and we got to a point when we realised they all sounded silly, and some were actually taken, so the name came from Matt who was looking up Theatre's on Google, and then the name "Palladium" came, which came from looking up the Royal Variety Performance. The name began to grow on the whole band and we knew that the name was perfect for us.

Our album "Beyond The Red Curtain" is now available from either any of the band members for £5 per CD or from a range of online stores: