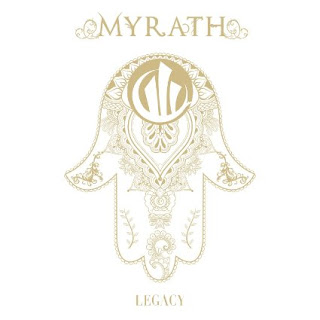 MYRATH is a Franco-Tunisian Rock/Metal band, yet in just a few years they’ve become a very enjoyed and respected band by the international Prog-Power community. Their new album “Legacy” promises to rocket the band higher yet, with both European and North American tour plans and their most exciting album to date. 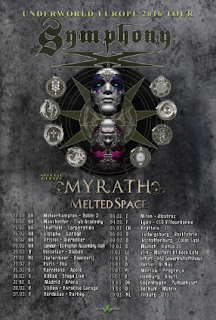 Their follow up album "Desert Call" released early 2010 by both French label XIII BIS RECORDS (Sony distribution) and in the rest of the world by American Label Nightmare Records (Sony/Red/MRI) "Desert Call" offered a new style of Progressive Power Metal consisting of a mix between traditional Tunisian music and Metal enhanced by a balanced Arabian and western sound that was received exceptionally well by critics.

Third MYRATH album "Tales Of the Sands" was released in late 2011, dubbing their new sound as “Oriental Metal” the band was again launched into even higher status, finding themselves on opening touring slots with major artists DREAM THEATER, HIM, WASP, ORPHAND LAND, TARJA.
Myrath