Totemtag: The Fairy Road to Venusberg - dedicated to the myth of the fairy and foreteller Sybil in the heart of Italy. 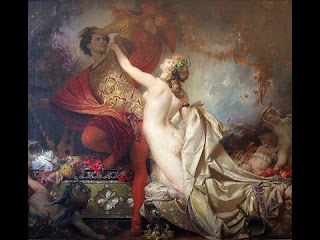 This video is dedicated to the myth of the fairy and foreteller Sybil in the heart of Italy. The myth says that she (otherwise called “Fata Alcina”) was living inside a grotto on the top of a mountain (Monte Sibilla, nowadays) and that she was a white magician and clairvoyant, even thinking to be allegedly Christ’s mother. The interesting thing is that even the great musician Richard Wagner went to those mountains in order to get inspiration for his famous opera Tannhäuser. In Wagner’s version the knight hero Tannhäuser falls in love with Sybil and lives with her during one year inside a grotto on the top of the mountain. In Wagner’s version Monte Sibilla is called Venusberg, while Sybil/Alcina was called Frau Venus by him. The area around Sibillini Mountains is imbued with esotericism still nowadays, and very often UFO-like phenomena are seen in the sky there.