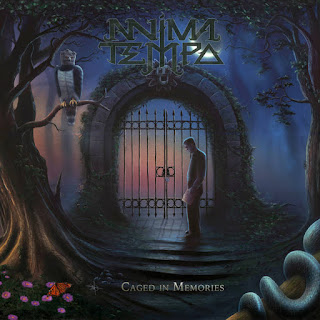 With that encouragement, in 2009 this three long-time band mates decided to create an original project with their own material taking diverse influences from progressive metal/rock and melodic death metal, built over a cinematic orchestra - inspired on Hans Zimmer- and a mixture of clear melodic and heavy growls vocals, passing through groovy/djenty heavy riffs in odd time signatures.

During the creative process of “Caged in Memories” drummer Antonio Guerrero and growl singer Daniel González joined to the band to conform the current alignment.

After travelling to Finland, having their first concert in Europe and the experiences they acquired in that country with bands like Seventh Wonder, Amoral, Hypothesis etc. the band realized the magnitude of creating an album with a professional production. Therefore Dante decided to invite Erik Mikalsen to the production team of “Caged in Memories”.

4 years of creative process and recording sessions later, “Caged in Memories” was complete and the band took the decision of entrusting the post-production (mix and mastering) to Nick Sampson (Producer of Poliphya, Born of Osiris, Emmure Asking Alexandria etc.) whose huge experience supported in order to give shape to the final result.

“Caged in Memories” is a concept album with 7 songs and 54 minutes long composed by Dante Granados (music) and Gian Granados (lyrics) will be out on January 9th, 2016.

Visit us:
www.cdbaby.com/cd/animatempo
animatempo.bandcamp.com/releases
www.youtube.com/user/AnimaTempo
www.facebook.com/AnimaTempoOficial
Dante and Gian Granados playing the instrumental section of "Art of deception"
Get the tab following this link: https://www.dropbox.com/s/0of8ns0i1md...
Art of deception is included on our debut album "Caged in Memories" released on January 9th, 2016.
You can stream or purchase our music on:
iTunes:https://itunes.apple.com/mx/album/cag... (digital)
Bandcamp:http://animatempo.bandcamp.com/releases (digital, streaming)
CD Baby:https://www.cdbaby.com/cd/animatempo2 (Digital)
Google Play: https://play.google.com/music/preview... (Digital)