Joey Alexander: 12 year old to perform at the Grammys 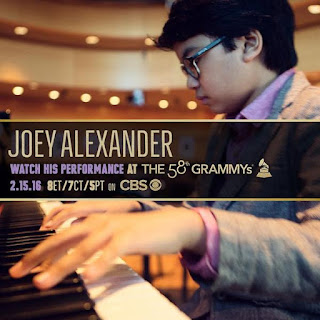 JOEY ALEXANDER TO PERFORM AT THE 2016 GRAMMYS®


Joey Alexander, Motéma Music recording artist, will be performing at the 58th Annual GRAMMY Awards this upcoming Monday, February 15th! He will perform at both the GRAMMY Premiere Ceremony which begins at 3:30 pm EST on GRAMMY.com/live and the main GRAMMY telecast on CBS which begins at 8 pm EST. Congratulating this wonderful 12 years old artist originally from Indonesia, and now based in the Jazz capital of the world New York City, and tune in to watch his performances on Monday! Joey's debut album My Favorite Things is nominated in the categories of Best Jazz Instrumental Album and Best Improvised Jazz Solo (for his solo on "Giant Steps").
If he wins, Joey will be the youngest Grammy recipient ever.


"If the word 'genius' still means anything, it applies to this prodigy. He played his own solo variations on 'Round Midnight' with a breathtaking precocity and mastery of several decades of piano style." – Allen Morrison, DownBeat Magazine


For Winton Marsalis, Joey's genius remains a mystery. "Why? We don't know why," he tells Anderson Cooper on CBS' 60 Minutes. "I once asked Miles Davis about sound. 'Man, how you get the sound you get?' He said, 'Man, nobody knows about sound. Sound just is.' And I think that about his abilities."


"Mozart is the archetype of the child musical genius. Over the centuries, many successors have been proclaimed. [Joey Alexander] In the long run, few have qualified. The current child-genius nominee is Joey Alexander, a pianist from the Indian Ocean Island of Bali." – Doug Ramsey, Arts Journal 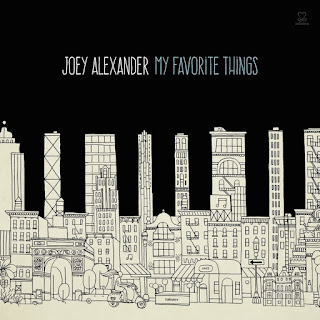 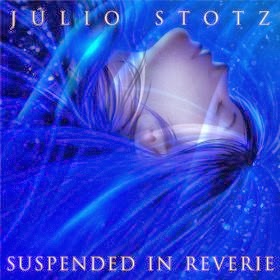