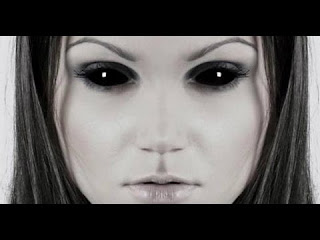 I wondered what I would do if I had to use my music as a soundtrack for a science fiction movie. Here I put some "notes."

Obviously the theme is pure fantasy, and it is at odds with the way I operate in doing research. But dreaming is not bad sometimes. Perhaps it comes to things inside me (and not only inside me) since a long time.

Is creating hybrids "ethical"? Perhaps the question should be worded differently. What is more *logical* in order to create a lineage that tends to perfection and able to explore the universe in an optimal manner?

A race (organic and non-bionic) almost perfect: IQ at the highest level, a consciousness level upwards, a physical resistance to any disease, and a lifetime of over 1000 years. Maybe to get this a way must be found to hybridize two or more bio-compatible species, to create a new species that gathers in itself the best of those that have generated.

Our genetic engineering labs today can do many things, although with clear ethical constraints. Imagine instead of acting in an ethically correct way and proceed forward thinking of a new future for "us."

If this species, the human race, was created by "God" then hasn’t done a perfect job and, most importantly, he did not monitor its evolution, nay: he abandoned her because he preferred to sleep. Science does not sleep instead. It does not sleep anywhere in the Universe, where it is active and pragmatic. It does not look at anybody.

Surely someone has been successful in the Universe, operating by successive approximations until he adjusted the shot.

The mere fiction sometimes allows to illuminate the path.