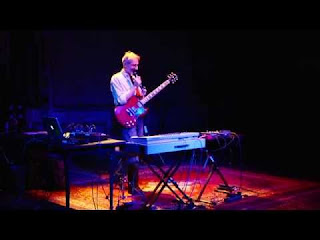 On January 24, 2015 Manuel performed at Munich's theater Kammerspiele as part of the series Kraut & Drastik.
Since a couple of days before Edgar Froese had died - both knew eachother from Thomas Kessler's
Beatstudio in Berlin of the Sixties - Manuel dedicated a track from his album DIE MULDE to him.
But previously, Manuel told an episode, in which Edgar will be remembered for him forever.
R.i.P., Edgar!