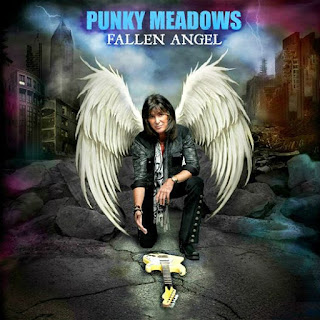 
Hey all my Facebook Friends and Fans. I'm very proud to announce that my Debut Solo Album "Fallen Angel" Will be released on May 20th on MainMan Records. You can now pre-order the regular addition and a special autographed limited edition at Mainman Records Link below. I'm Super Excited for you all to hear it!!!!! Thanks for all your continued support!!
ROCK ON!!!!!
Punky
http://mainmanrecords.com/products/punky-meadows-fallen-angel

PUNKY MEADOWS - FALLEN ANGEL $10.99 - 15 tracks, including a 16 page booklet with many never before seen photos of Punky Meadows throughout the years

You also get a "Punky Meadows Guitar Pick", as well as a 16 page booklet with many never before seen photos of Punky throughout the years.

Get it now before they sell out!
Punky Meadows