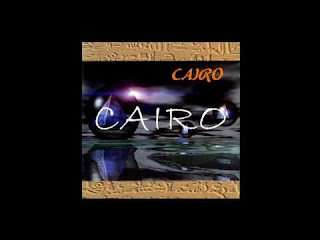 Fans of Yes, ELP, Genesis and the other great keyboard-centric bands of the first golden age will fall instantly in love with Cairo. Driven by virtuoso musicianship and conceptual songs, Cairo’s lush arrangements, soaring melodies and sweet harmonies are as cinematic as they are evocative.

Mark Robertson’s stellar keyboard work is truly a highlight and he proves over and over again that he is one of the more remarkable keyboard players in the music world today. Melodic and expressive guitar work from Alec Fuhrman transform textures throughout the compositions as well as shifting the emotional range of the soundscape throughout the album. Jeff Brockman’s powerful, yet tasteful, drumming propels the tracks while acting to hold the band together. Singer Bret Douglas has a vocal purity matched only by its power.

Jeff Brockman has been living with the music of Cairo, performing live drum tracks to the studio tracks of the albums, as well as editing archival video footage of the band with real time video of his performances. "Silent Winter" is the first of many videos he is putting together to keep Cairo's music alive.

Jeff answered a few questions about the performances (both Archival and Recent); and about his memories of Cairo.

"The original footage for Silent Winter was shot in the spring of 1995 at a studio in Northern
California on a white soundstage. We shot the footage in super 16mm film in sync with the audio from our
recorded studio sessions on ADAT tape. The film and processing was expensive and at that time there was
really no outlet for it, so it went into our archive for future use. The tools I have now for editing are highly technical and make it much easier. It was a blast editing the archive footage
into the current live performance. There is more to come...