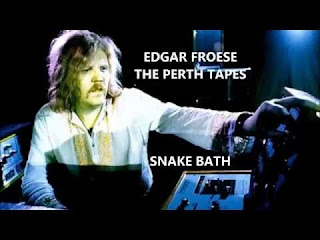 These compositions is alleged to be performed live in Perth, that is on February 26th, 1982. Though there is no known fan tape from this concert, so we can? t say for sure. The track Snake Bath is originally from the album Kamikaze 1989 (Soundtrack), and Specific Gravity Of Smile from Pinnacles. If they played it Live it was another rare occasion of "Tangerine Dream plays Edgar Froese" Enjoy!