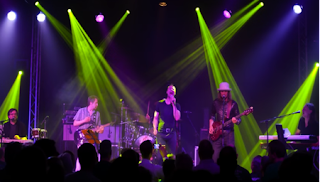 Sweden-based progressive rockers Karmakanic recently announced the release of their fifth album 'DOT' for July 22nd, 2016. Now they are pleased to reveal the first album teaser video, which you can see here:

Jonas Reingold had this to say about the album and its themes: "I got my inspiration to start writing DOT when I stumbled upon a text by the famous American author and astronomer Carl Sagan a while ago. He was talking about how small and insignificant we are in this vast universe.

It's fascinating to think that this little dot is all we are and all we'll ever be. It gives us perspective. And I think perspective is a great tool for making good choices."

'DOT' also features a track co-written with Jonas' old buddy and colleague from The Tangent, Andy Tillison, and he also contributes Hammond organ on the epic track 'God, The Universe and everything else no one really cares about' which clocks in at nearly 30 minutes. 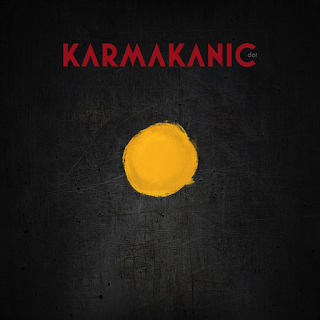 You can find the full track-listing below:

The artwork for 'DOT' (below) was created by Hugh Syme, who has previously made covers for Rush, Aerosmith & Iron Maiden. The album will be available as a CD/DVD Jewel case (featuring 'The Making Of DOT', Karmakanic Live In The US and Interviews), LP with CD & digital download.


Look out for more info in the coming weeks!