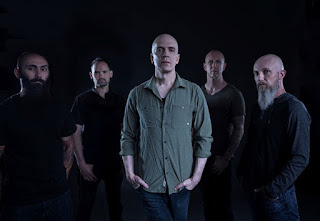 HEADLINE UK TOUR ANNOUNCED
ON SALE FRIDAY 8TH JULY AT 10AM
Following on from the recent announcement of studio album ‘Transcendence’, due for worldwide release on 9th September, Devin Townsend Project has confirmed a much anticipated UK tour for 2017.

‘Transcendence’, the follow-up to 2014’s ‘Z2’ double-album (half of which was made up of the full-length ‘Sky Blue’), sees the award-winning Townsend exploring a relatively new way of working, collaborating with the entire DTP band during the writing stages of the record.