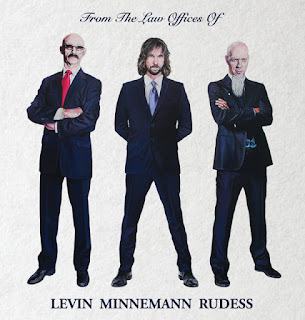 The band has released a video for the song "Back To The Machine", which can be viewed below. The complete album tracklist is as follows:

"Back to the Machine"
"Ready, Set, Sue"
"Riff Splat"
"What is the Meaning?"
"Marseille"
"Good Day Hearsay"
"Witness"
"Balloon"
"When The Gavel Falls"
"The Verdict"
"Free Radicals"
"Magistrate"
"Shiloh's Cat"
"The Tort"

"From the Law Offices of LEVIN MINNEMANN RUDESS" - The Album