Totemtag: The Magic Forest of Kalia 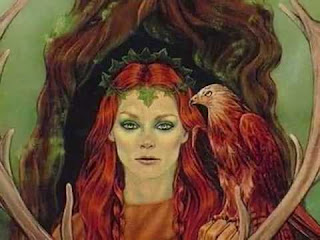 Once upon a time there was a Celtic princess with magical powers called Kalia. She was an example of great wisdom to all of her people. She met a Saxon warrior and fell in love with him. But she disobeyed the rule of her people telling that she could not join the Saxon enemies. She was humiliated and punished with death by her own people when she still had a baby in her womb. He found her body and fell into an immense pain. But their feelings and their emotions have been stuck forever in the forest of their meetings. Many centuries later, to this day, a woman remembered and by mere chance re-encountered the warrior, in this life.

Taken from a beautiful short novel published a few years ago by my colleague Prof. Gloria Nobili (physicist) entitled "Another Life." (“Un’Altra Vita” in Italian).

Totemtag - The Magic Forest of Kalia