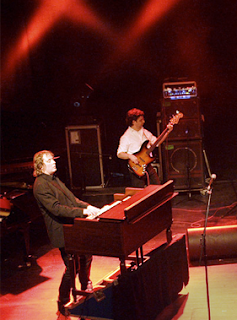 Sweden – Swedish keyboard legend Pär Lindh is launching his new band “TRITON”: The NICE Legacy of ELP & PLP. The new ensemble was created to honor the legacy of The Nice, Emerson, Lake & Palmer and the Pär Lindh Project.

Says Pär, “My band Pär Lindh Project or PLP in short was struck by the passing of our beloved singer Magdalena Hagberg in 2007. She died from cancer and this was a terrible blow to the band from which PLP could never really recover.

“Thus we have a situation today of three great keyboard driven bands that are no more. The Nice, ELP and PLP. In 1995 I played with Lee Jackson and Brian Davidson and we were going to form The New Nice but due to lack of financial backing it didn't happen.

“To keep the legacy of these three unique bands alive I have decided to begin touring under the name TRITON and the concept The Nice Legacy of PLP & ELP. The idea is that because all three above bands no longer exist we want to keep their legacy going as there is just an tremendous amount of extraordinary musical material to perform in concert. The musical legacy of three great bands all in one show!”

Along with Pär on keyboards and synthesizers, the band features Göran Holmberg on Bass, and Putte Saavedra on drums. Saavedra was along with Pär in starting the progressive wave in 1991 organizing the perhaps first ever progressive rock festival in Sweden. Incidentally, all members of TRITON performed at this festival, which was then followed by Progfest 93 in Los Angeles USA where Pär also performed and the rest is history as they say.

Göran Holmberg and Putte Saavedra comes from the band MANTICORE which performed the music of YES, Genesis and when Pär was a short time member 1989-1991 even ELP covers. MANTICORE has also released an album with their own music called “Time to Fly” in the mid nineties.

For those in the progressive rock community Pär Lindh is considered a keyboard wizard – so much so that he was chosen to play keys for the reunion of the legendary Nice (a prestigious position only held by keyboard visionary Keith Emerson) With the release of several highly acclaimed albums, the Pär Lindh Project band has garnered worldwide acclaim. After original lead vocalist Magdalena Hagberg sadly passed away in 2007, and a subsequent hiatus by the band, Pär felt the time was right to record and release his next album and recruited the exquisite vocalist Alan Lewis, former Alaska member, who is the most recent vocalist with American prog legends Starcastle. Lewis also adds his tasty solid drum work to the mix. 'Time Mirrors' is a true masterpiece in progressive rock and has been garnered critical acclaim across the planet. The album was nominated for the 'Best CD of 2010' by the Italian Prog Awards.

PLP was a classical rock band with the focus on keyboard-based music. The influences of European classical music is an important part of their sound. This sets them apart from perhaps all other bands in the rock, pop and progressive music world of today. Their classic album GOTHIC IMPRESSIONS was elected in 1997 as one of the top ten progressive rock albums of all time along with groups like YES, GENESIS, ELP, MARILLION, PINK FLOYD and others. The Pär Lindh Project was the most successful Swedish progressive rock band of the 1990s.

Here's what the press have said about Pär Lindh:

“Pär Lindh is the Scandinavian king of the keyboards!” - IO pages

“Pär Lindh is the greatest composer and artist to emerge in the nineties!” - Metamusica

“Pär Lindh is a phenomenon....His fingers dances on the keyboards…every note so natural and played with such a precision so you can´t help but being filled with admiration.” Jean-Marc Rousse (journalist)

“Lindh is a top notch keyboard player, ranking right up there with the greats that he emulates.” - Music News Network

“What is it that makes PLP so special? For one thing their musicianship is second to none, playing with a verve and skill that many prog acts would envy.” - Geoff Feakes, DPRP reviews 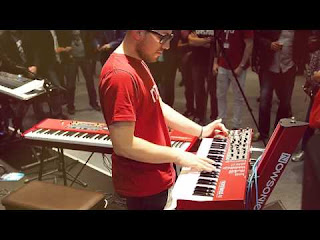 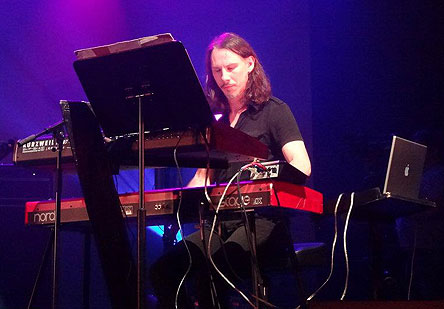 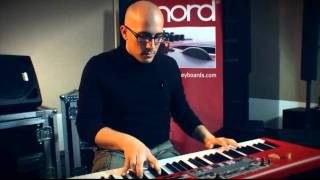