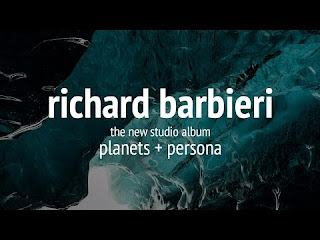 London - Legendary Japan and Porcupine Tree keyboardist Richard Barbieri releases his most sonically expansive work to date, with a brand new album entitled Planets + Persona. It is the third Barbieri solo album, but the first to feature such a wide pallet of instrumentation. Vintage analogue synthesizers combine with acoustic performances and jazz elements. Twisted voices are always present, though not in a language we can recognize. Barbieri skilfully utilizes the talents of a pan-European core of musicians to produce an album that marries synthesized sounds with organic instrumentation to conjure up vivid, colourful and allusive soundscapes. It's a skillful commingling of texture and tone, mood and musicality.

Fans can have a taste of Planets + Persona here with a teaser of all 7 album tracks:


Recorded in London, Italy and Sweden, this is Barbieri's most ambitious solo work to date with a central theme of duality that runs through the album. The title alone – “Planets and Persona” alludes to this, and the dialectic theme is a constant throughout the contrasting and shape-shifting sounds of the album. Take, for example, Night of the Hunter – inspired by Charles Laughton's only directorial movie, the piece moves through subtle shifts of atmosphere and emphasis, through melodic, dream-like sequences through to harsher tones; it's a piece that builds to a profound cumulative effect. Elsewhere, Solar Storm shifts gears artfully, with Percy Jones' sometimes percussive bass work contrasting to the smoother synthesizer textures incisively. Barbieri's purely solo Interstellar Medium shows that his ability to develop and realize a theme under his own auspices that underscores his innate creativity. It's but one aspect of a thoroughly engrossing and immersive album. 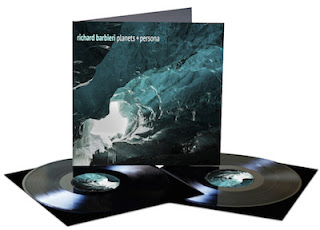 As an ex-founder of the new-wave pioneers Japan, Barbieri was a leader in creating the ground-breaking synthesizer sound that defined the band and influenced the likes of The Human League, Duran Duran, Gary Numan, Talk Talk and a whole raft of artists to follow. Together, the band recorded five studio albums culminating in the groundbreaking Tin Drum, which stayed in the UK Albums Chart for a year.

Following Japan, and a decade of collaborations on his own Medium label, Barbieri joined Steven Wilson's Porcupine Tree, playing keyboards on all the band's albums since 1993 as well as releasing two striking solo albums: Things Buried and Stranger Inside.

His ear for composing unique soundscapes and synth textures has led to collaboration albums with other talented composers, such as Steve Hogarth (Marillion) Steve Jansen & Mick Karn (Japan) and Tim Bowness (No-Man)

Planets+ Persona will be released on the following formats – all available to pre-order now here: http://found.ee/RB_PLANETS_PERSONA

CD - The album is complimented with photographic scenes of dramatic Icelandic landscapes combined with studio shots in the 16-page booklet.
2LP - The gatefold sleeve features the stunning Icelandic ice cave scene on the cover and has been mastered by “Tubular Bells” producer Simon Heyworth. The double LP runs at 45 rpm for stunning quality and is pressed on 180g heavyweight vinyl
Digital (pre-orders include an instant download of the track New Found Land)