Haken: launch remastered version of 'Streams'; look back on Aquarius 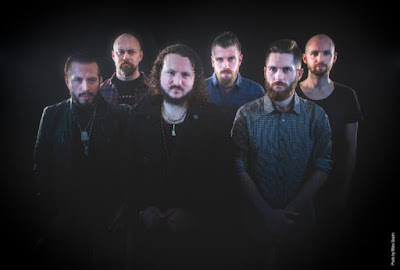 On February 3rd, 2017, London-based progressive metal band HAKEN will release their first two albums "Aquarius" and "Visions" as new remastered 2CD editions as well as on vinyl for the very first time.

Make sure to catch HAKEN live on the band's 10th anniversary tour kicking off in March 2017, with support from The Algorithm & Next To None (except Israel).

The band will also be heading out on Cruise To The Edge from the 7th February 2017, and will be performing 'Visions' in its entirety at Prog Power USA on the 6th September 2017.

Latest album 'Affinity' was released in April this year, and received great reactions from press; find a selection of them below:

"dextrous prog metal with retro pizzazz and roller-coaster riffs" - PROG Magazine
"Affinity proves what a unique and spellbinding band Haken are" - Metal Hammer 8/10
"inescapable melodic hooks and absorbing textures" - Total Guitar 4/5
"Affinity will be hailed as one of the landmarks of 2016 and beyond."- Powerplay 9/10


The band has also previously launched videos for the tracks 'Earthrise', 'The Endless Knot' and 'Initiate'.

Taken from the album “Aquarius”. InsideOutMusic 2017.