Tangerine Dream: Tear Down the Grey Skies (from Quantum Gate) 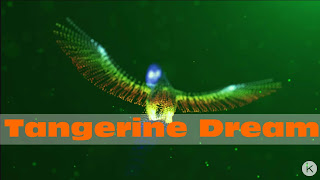 Video animation and creation by - https://www.facebook.com/animatedcovers

The release of Quantum Gate coincides with the 50th anniversary of the foundation of Tangerine Dream! The band have been a fundamental influence on electronic and progressive music since their formation in West Berlin, 1967. Inspiring genres, musicians and other art forms, from The Future Sound of London to Porcupine Tree, the widely popular TV show Stranger Things (for which their music also featured in) to seminal video game Grand Theft Auto V (for which they helped to write the soundtrack).

The album began as a concept and series of musical sketches by Froese before he passed away in 2015. Remaining band members Thorsten Quaeschning, Ulrich Schnauss and Hoshiko Yamane worked together to realize Edgar's visions and expectations of a conceptual album that attempts to translate quantum physics and philosophy into music. New member Ulrich Schnauss comments: "at the moment hardly any other area of science questions our concept of reality (linearity of time etc.) as profoundly as research in Quantum physics - it's no surprise therefore that Edgar was drawn to these ideas since he had always aimed at reminding listeners of the existence of 'unopened doors'.

Thorsten Quaeschning, Tangerine Dream’s long term collaborator elaborates further on the continuation of the band and Froese’s vision “Recently Peter Baumann, part of one of the band’s most influential 70s line-ups, remarked, that to him, Tangerine Dream is ‘first and foremost an idea rather than a band’ – and ‘ideas could last for 100 years and beyond’. To me, though,  Tangerine Dream is a “band”, which is one important part of TD´s strength. But I would totally agree with the idea that it could last for 100 years, because of the strong concept. And “Quantum Gate” is our first statement of the second half of that quest”

This new opus is seen as both a new beginning and a testament to Edgar Froese’s never-withering inspiration and ever-flowing creativity.

Listen to the full album - http://found.ee/QUANTUM_GATE